The “Phoenix Concerto” is the latest in a string of concertos which has occupied Patterson in the last decade; it was commissioned by David Bowerman for Emily Pailthorpe, who premiered it with the Queen’s Park Sinfonia conducted by Richard Laing at the Adrain Bolt Hall, Birmingham (as part of the International Double reed Society Conference 2009.

Emily Pailthorpe, who premiered it at the IDRS Birmingham festival in July 2009.

Inspiration to this new concerto is Phoenix, the bird of fire. This mythically beautiful and exotic creature has fuelled the legends of the Orient; soaring the skies with power and grace. The fire, passion and power of the Phoenix is very present in the outer movements of this piece, with the last movement filled with mesmerising dance rhythms. The oboe’s unparalleled ability to recreate the feel of exotic birdsong is showcased in the opening cadenza and central slow movement.

The 24-minute work’s 3 movements run without a break and make up the fast-slow-fast framework in which the music evolves. The brief, accompanied cadenza which opens the proceedings establishes the material for the opening movement, which soon sets off on its urgent trajectory. An active, forceful dialogue between soloist and orchestra propels the argument, eventually building up to another cadenza which effectively dissipates the tensions which have accumulated up to this point. As the temperature lowers, the slow second movement takes over, with the oboe’s long, melismatic ariosi alternating with passages of a more recitative-like stasis. Once the movement has run its course, the strings break rebelliously into the proceedings and coerces the oboe into the fast, breezy finale. Spirits stay high throughout, and a final whirlwind cadenza punctually and unceremoniously sets the seal on the work. 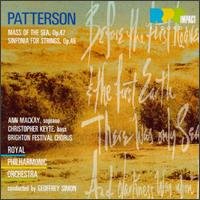