Paul Patterson is one of the most versatile, successful and internationally-respected British composers of his generation. All the major orchestras in the UK, and in numerous countries abroad, have performed his works, as have eminent ensembles and international soloists. He has a substantial discography, has been the featured composer at many festivals both in the UK and abroad, and has also been BBC Composer of the Week. Music-lovers worldwide enjoy his music as it never alienates – rather, creates an enriching experience that draws both audiences and performers in. 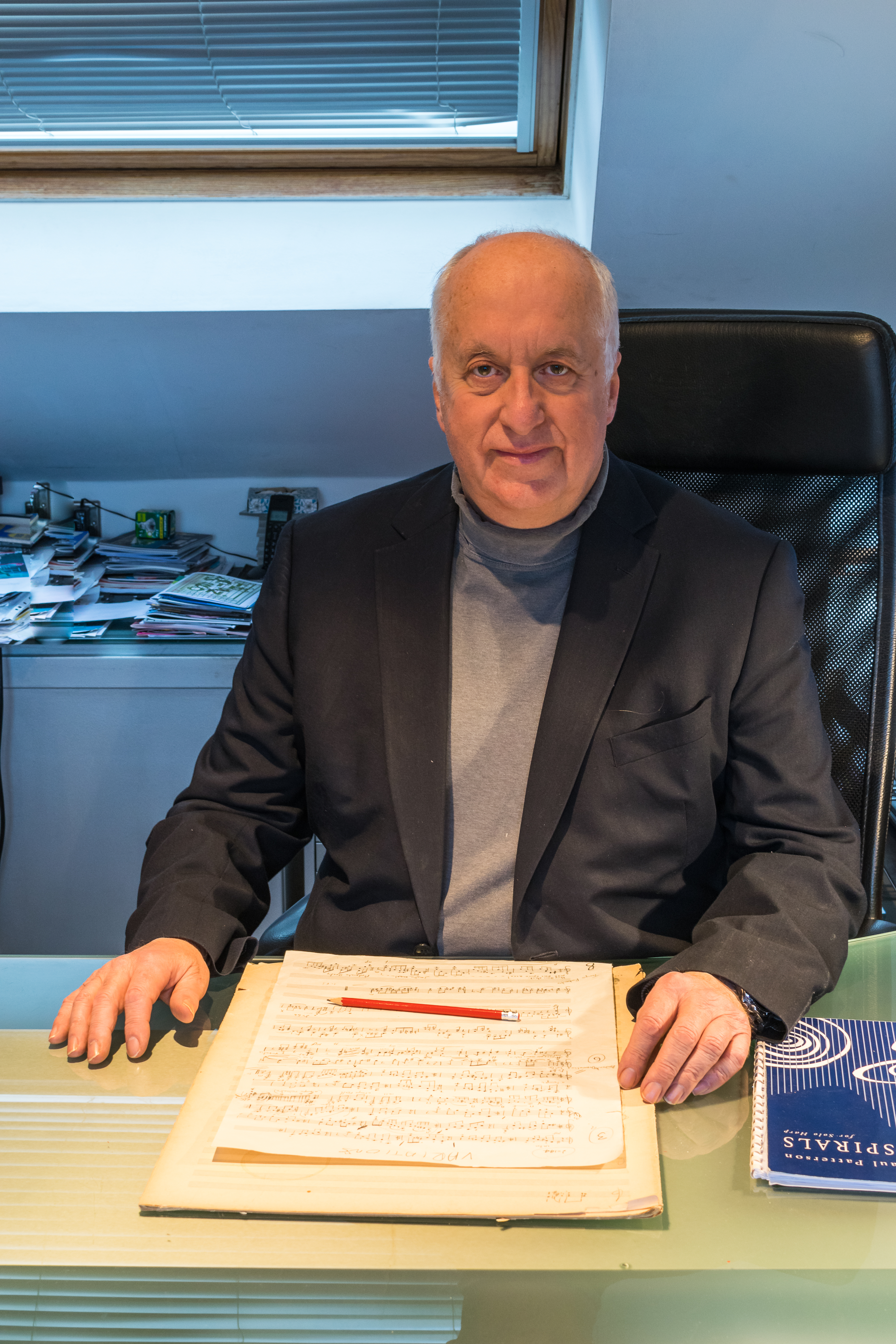 His substantial oeuvre, which includes several prestigious commissions, is stylistically varied; he is known for his sympathetic and often humorous writing for instruments, making a popular and successful name for himself in the choral, brass, organ, orchestral, concerti and children’s music. His composition style of challenging but idiomatic writing has resulted in many of his solo works have been chosen as set pieces for international competitions in Europe, Australia, Israel, Thailand and the USA.

Patterson’s increasing international reputation as one of the foremost contemporary composers for the harp began with the popularity of Spiders . More works are being commissioned currently, and was invited to be the featured composer at the International Harp Congress in Hong Kong in 2017, his 70th birthday year.

Over the course of his career, Patterson has made significant contributions to many of the country’s leading musical institutions. At the Royal Academy of Music he initiated a pioneering series of annual Composer Festivals – an idea swiftly emulated elsewhere. He is a fellow of many of the UK’s leading music colleges and has received several awards in recognition of his services to music.